The Seventeenth International Conference on Miniaturized Systems for Chemistry and Life Sciences (µTAS 2013) will be held at the Messe Freiburg in Freiburg, GERMANY from 27 – 31 October 2013.

µTAS 2013 continues a series of Conferences that are the premier forum for reporting research results in microfluidics, microfabrication, nanotechnology, integration, materials and surfaces, analysis and synthesis, and detection technologies for life science and chemistry. The Conference offers plenary talks as well as contributed oral presentations and posters selected from submitted abstracts. Following San Diego in 2008, Jeju, Korea in 2009, and Groningen, the Netherlands in 2010, Seattle in 2011 and Okinawa in 2012, the Freiburg venue is an exciting hub for nano, bio, and medical research.

Come to this conference and visit Elveflow booth  (# 10 and 11) at MicroTAS 2013 Conference to discover our solutions for microfluidics : OB1 pressure controller, AF1 Pressure and Vacuum Generator, the MUX Flow Switches series and more, etc.

We are looking forward to seeing you there ! 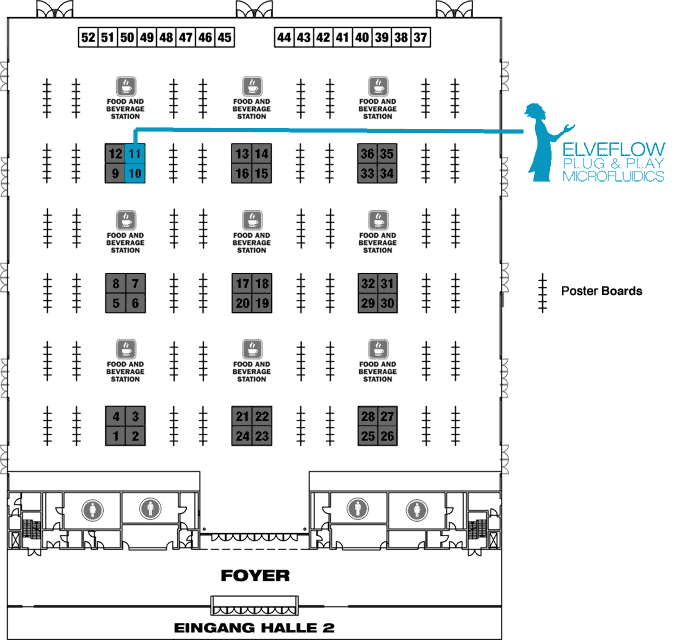