1. Introduction into the history of lung-on-chip microfluidic systems 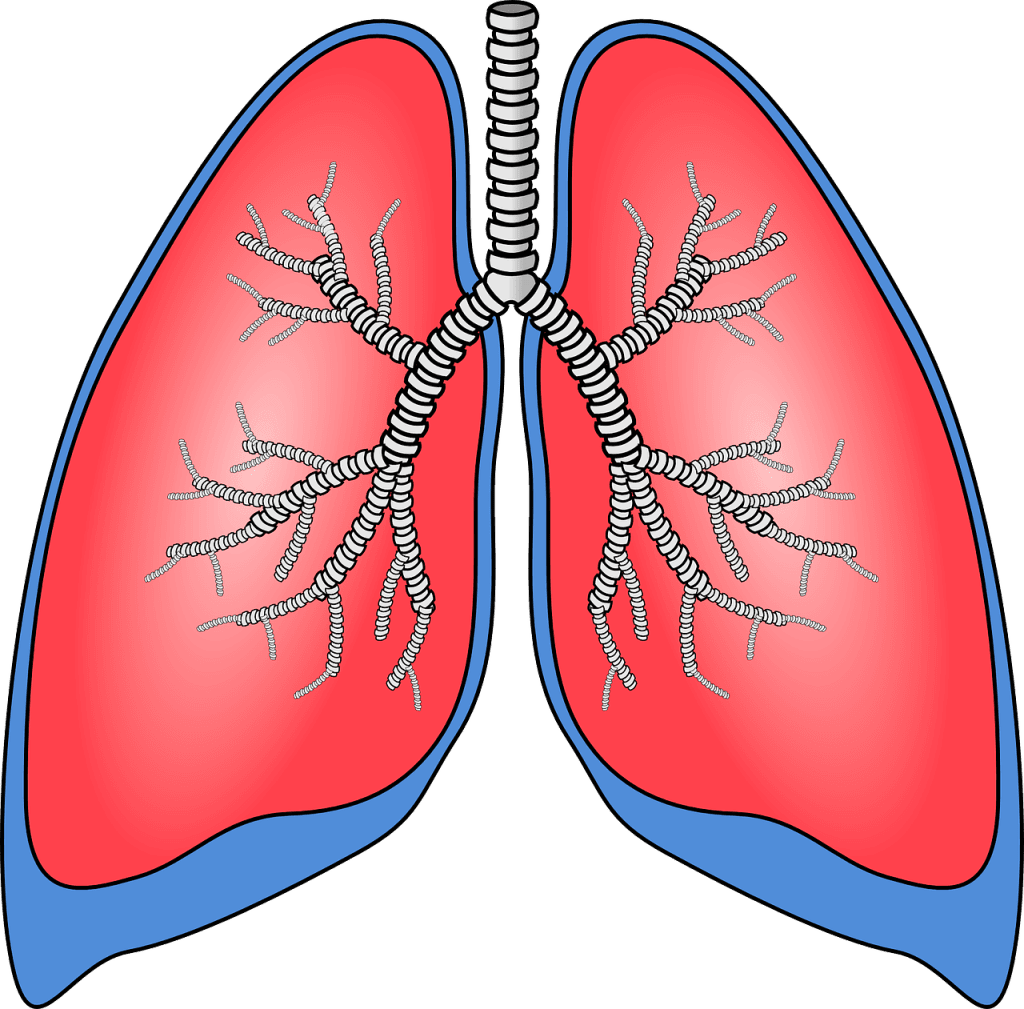 The human lungs serve the vital purpose of gas exchange in respiratory system.  Their sponge-like structure serves to maximize the useful surface area in the form of alveoli sub-units, where an air-liquid interface (ALI) exists between inhaled air and the vascular system across a thin, cell-lined membrane.  This ALI is a feature of great interest in the understanding of lung behavior and pathology, for it is here that foreign objects and pathogens often first come into contact with the body. For an overview on recent advances in lung-on-chip technology, you can look here.

While many animal models have been used to study lung diseases (Cardoso, 2001; Matute-Bello et al., 2008; Morrisey and Hogan, 2010), they lack sufficient similarity with human systems, leaving gaps in what is possible in animal based platforms.  This is evidenced by the fact that 80% of drugs that pass pre-clinical animal trials do no in fact effectively treat the intended target diseases in humans (Perrin, 2014).  A trend known as “Eroom’s Law” describes how the number of drugs that have been approved by the U.S. Food and Drug Administration per million of dollars spend on drug R&D has halved every 9 years since 1950 (Scannell et al., 2012).  This is a stark reminder of the growing challenges faced in biological research and that improved methods are direly needed.  Thus, in vitro platforms using human cells have become necessary complement, if not replacement for animal models, which introduce a number a benefits in addition to the higher degree of biological similarity, such as the potential for high throughput screening, cost effectiveness and the addressing ethical concerns surrounding animal testing.  For an overview and comparison of in vivo and in vitro models, click here.

However, despite these advantages, there are also clear drawbacks that come with the transition from in vivo (animal) systems to in vitro systems, the most notable of which being the loss of complexity in cellular environments.  The biomechanical cues that define cellular development and organ-level function is highly multifaceted and difficult to completely recapitulate on relatively simplistic, two-dimensional format cell cultures (Huh et al., 2011).  Furthermore, the fact alone of studying cells in two dimensions limits the similarity to in vivo human cells.  These factors have driven the development of 3D cell cultures, allowing the simultaneous culturing of multiple cell types throughout a variety of materials meant to simulate the in vivo extracellular matrix (ECM) (Kim and Rajagopalan, 2010).  With the recent progress made in microfluidic techniques and equipment, 3D cell culturing methodology has been able to be augmented with a range of versatile techniques to even further approach recapitulation of organ-level functions in vitro.  These include the possibility of the continuous perfusion of media and imposing controlled fluid and solid mechanical stresses on cultured cells in order to recreate the biochemical and biomechanical microenvironments in vivo.  The devices born from the amalgamation have been dubbed organs-on-chip and present a large potential for revolutionizing the way human pathologies are studied.  For a more comprehensive view on organ-on-chip in general click here.  The microfluidic capabilities brought with microfluidics are particularly interesting for the recapitulation of the lung, which exhibits a highly mechanical environment, not least because of the forces imposed on cells with the tissue stretching that results from breathing.  In this short review we discuss the origins and development of lung-on-chip platforms from a microfluidic design and implementation perspective.  For a look at a comparatively state-of-the-art LOC, click here.

In 2010, Huh demonstrated a pioneering microfluidic device that has since defined the direction of lung-on-chip platforms (Huh et al., 2010).  Here we will discuss the innovative design features included and a brief description of how it was used to study lung behavior.  The device (Figure 1) consisted of three PDMS layers: two layer with parallel micropatterned channels and in between then a thin, porous membrane layer.  This membrane served to create two-chamber membrane separated system.  ECM was inserted into the chambers in order to coat both sides of the membrane for subsequent cell attachment.  On one side of the membrane alveolar epithelial cells were seeded, and on the other side vascular endothelial cells were seeded.  Next, an ALI was established by flowing air through the epithelial-side chamber, essentially mimicking the structure and cell makeup that is found in a human alveolus.  While systems have been shown before to recreate this alveolar barrier, such as with Transwell devices (Yamaya et al., 2002), past devices have not been able to recreate the mechanical environment present at this membrane.  Huh’s device achieved this mechanical stimulation with innovative use of the two lateral channels running parallel to the endothelial and epithelial channels.  By applying vacuum to these side channels, the flexible PDMS could be deformed to achieve a controlled cyclic stretching of the cell-lined, artificial alveolar membrane at physiologically similar amplitudes and frequencies.  This stretching of the membrane was performed during cell culturing and induced biomimetic alignment of the epithelial cell layer.

Figure 1: Mechanically active lung-on-chip device.  The three layer PDMS device consists of two central chambers separated by a thin porous membrane seeded with alveolar epithelial cells on one side and vascular endothelial cells on the other.  An air liquid interface is established by flowing air in the upper, alveolar channel.  As illustrated, vacuum can be applied to the side chambers in order to deform the elastic PDMS walls, and thus membrane.  This serves to uni-directionally stretch the cells and simulates the stretching that is undergone during expansion and contraction of the alveoli in the human body.  Taken from Huh, D., Matthews, B.D., Mammoto, A., Montoya-Zavala, M., Hsin, H.Y., Ingber, D.E., 2010. Reconstituting Organ-Level Lung Functions on a Chip. Science 328, 1662–1668. https://doi.org/10.1126/science.1188302

The effect of mechanical stimulation on the lung cell behavior was investigated from a immunological standpoint to confirm whether or not the inclusion of mechanical strain on the alveolar cells changed their behavior.  An inflammatory cytokine (tumor necrosis factor-α, or TNF-α) was introduced into the vascular channel (that is, the channel on the endothelial side of the membrane).  By measuring the endothelial expression of intercellular adhesion molecule-1 (ICAM-1), the group could monitor differences in immune inflammatory response with and without mechanical actuation of the membrane. Here there was not a measurable difference in immune response.  However in investigating the LOC response to inflammatory nanoparticles, the membrane stretching became and important factor.  To simulate the inhalation of nanoparticulates, silicon nanoparticles, commonly used in airborne nanotoxicity research (Napierska et al., 2009), were introduced into the alveolar channel of the device (that is, the channel on the epithelial side of the membrane).  In this scenario there was a marked difference in immunological response depending on whether or not the membrane was undergoing cyclic, breathing-simulating, stretching.  With this mechanical actuation, there was an observed increase in immune response, again determined with ICAM-1 levels, as well as increased trans-membrane migration of the nanoparticles as compared with those measured in the device without stretching.  These trends were in agreement with nanoparticle responses found in mice as well as with studies that have long-suggested of the toxic effects of nanoparticle-lung interactions (Nel et al., 2006).

This pivotal work by Huh et al. has since defined the direction of the mechanically active LOC platform.  Here we briefly discuss some other works that are based on the same technique of recreating a cell-lined membrane, as above, and how they have been used for a variety of biological studies.

The first, presented by Huh et al. in 2007, was in fact a precursor to the above-described device, but it is worth discussing for its use of microfluidic engineering to achieve a different outcome.  The device (Figure 2) (Huh et al., 2007) exhibited the same type of cell-line membrane-separated chambers, one of which being the “alveolar”, air filled chamber, and the other being the “vascular” cell media-filled chamber.  While there was not cyclic stretching of the membrane in this model, the group studied the effects of liquid plug flow, a physiological phenomenon that can occur with the propagation of pathological mucus plugs in diseases such as COPD, asthma, pulmonary edema and bronchiolitis (Cassidy et al., 1999).  Using these microfludically-generated liquid plugs, the group was able to recreate underlying epithelial cell injury and for better understanding and acoustic detection methods. 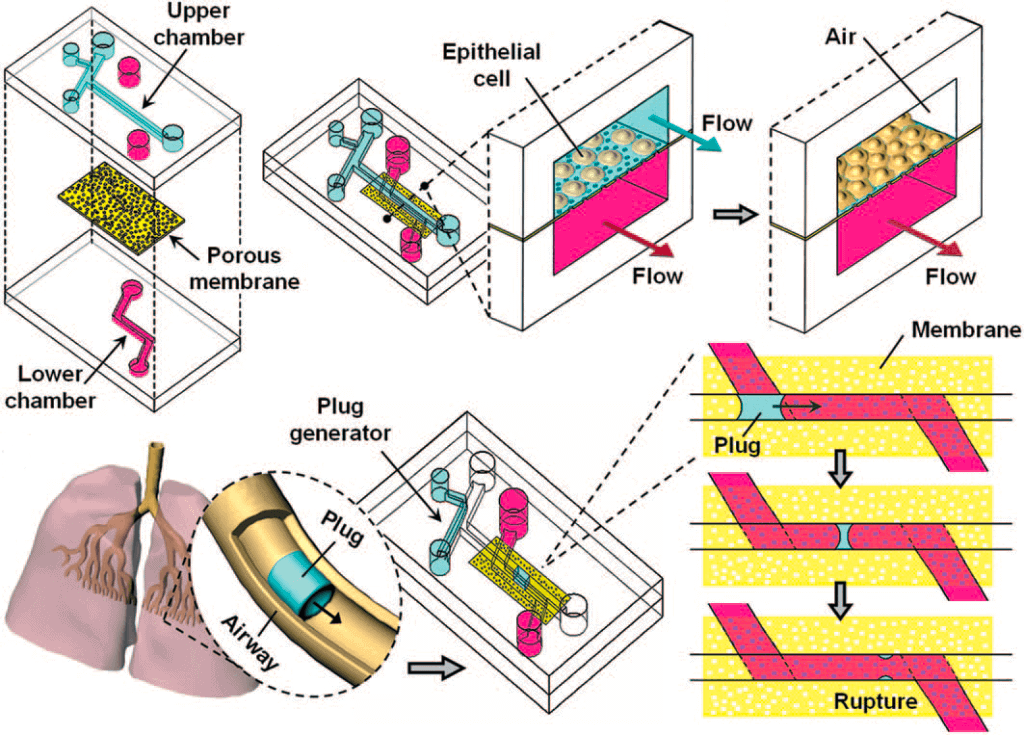 While the alveoli are an important site for greater study and understanding, they represent only one section of the respiratory system as a whole.  Benam et al.’s device instead recreates the small airway, the smallest of the conductive pathways in the lung, on a microfluidic chip (Benam et al., 2015).  The device (Figure 3) also featured a thin porous membrane seeded with cells, but the key difference was the type of cell chosen – bronchiolar epithelial cells instead of alveolar epithelial cells.  They were able to investigate the small airway immune responses to bacteria and viruses and served as a good demonstration of how versatile this membrane-separated-type LOC device can be. 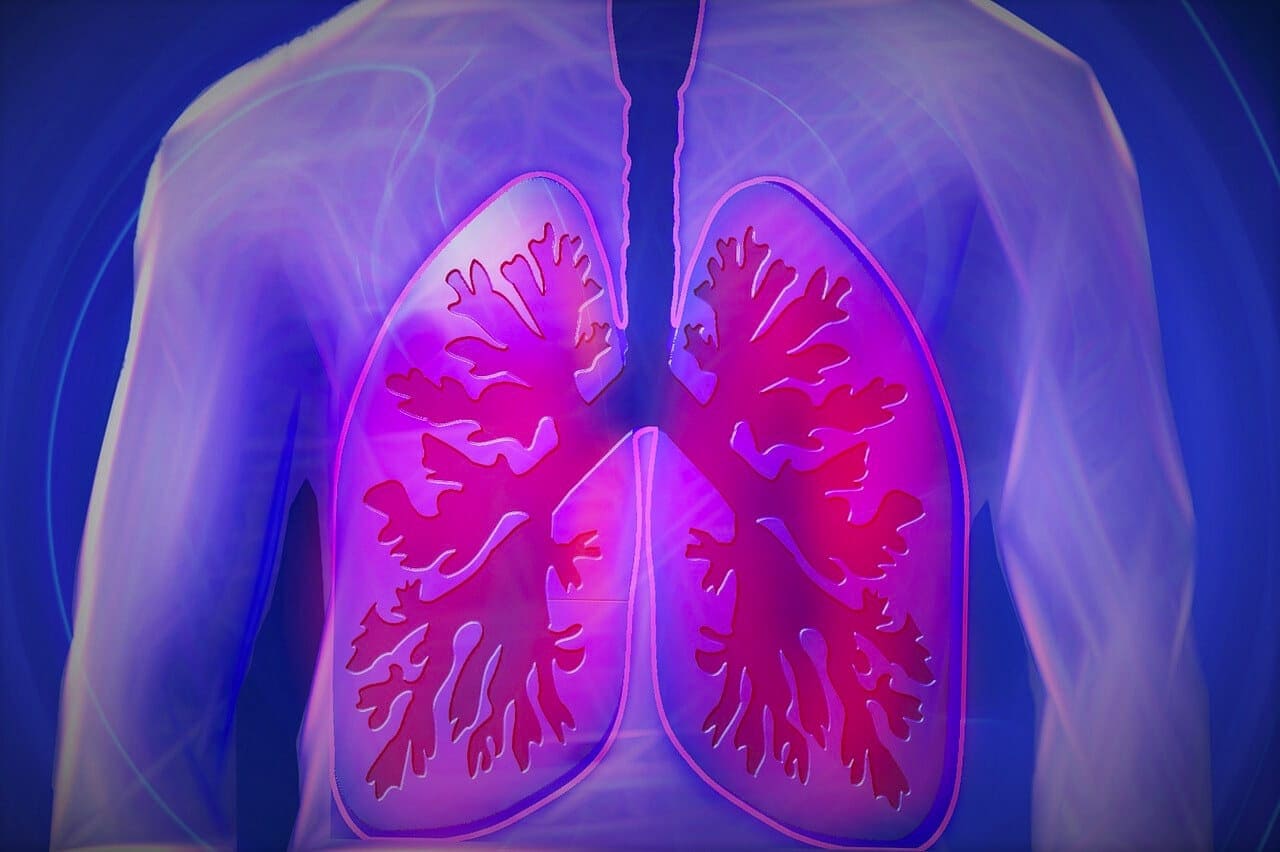 To learn more about the considerations building an air-liquid interface for a microfluidic lung-on-a-chip model, look here. 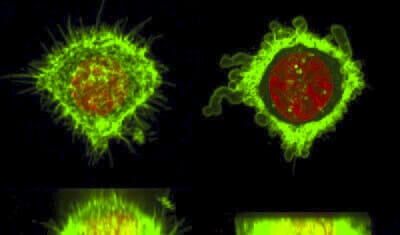 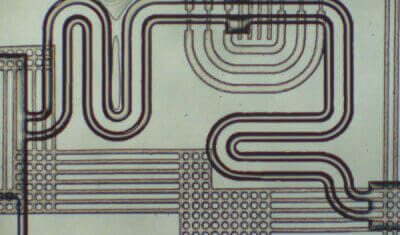 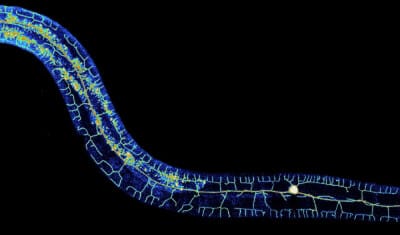 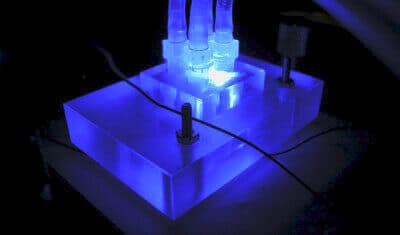 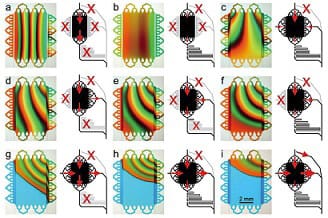 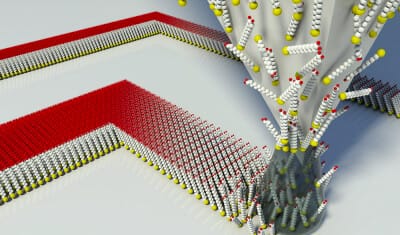 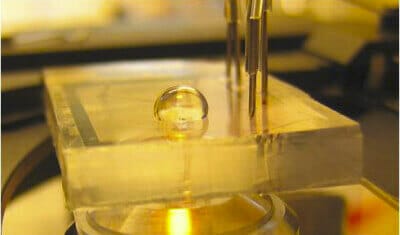 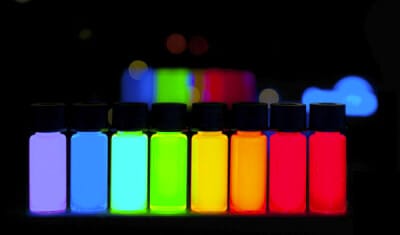 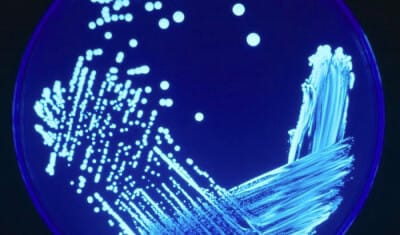 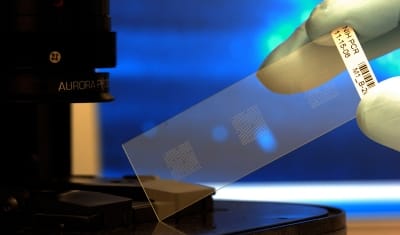