Introduction about PDMS soft-lithography and polymer molding for microfluidics

What is PDMS soft lithography?

Soft lithography can be viewed as a complementary extension of photolithography. Originally, standard photolithography was mainly developed to deal with semiconductors used in the microelectronics industry. Photolithography is inherently well adapted to process photoresists. Thereby, most microfluidic devices still rely on photolithography for fabricating SU-8 masters (see Figure 1a-d).

Need an advice about PDMS softlithography? 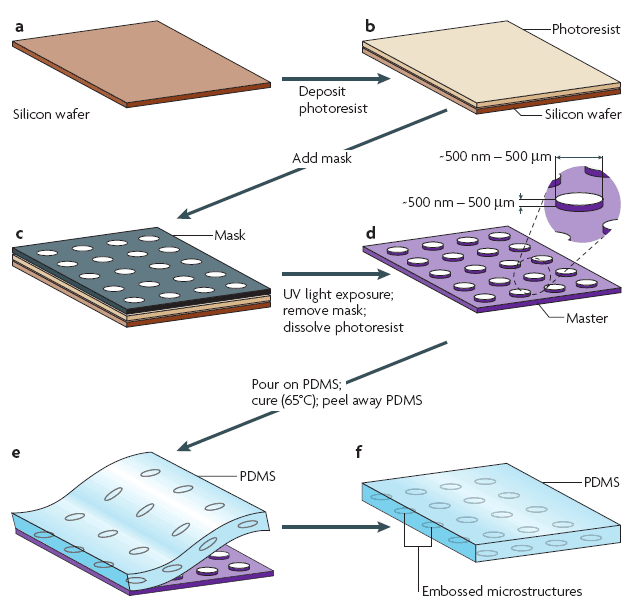 Figure 1: Fabrication of a PDMS layer incorporating microstructures. Drawings (a) – (d) correspond to the fabrication of a rigid master via photolithography. Drawings (e) and (f) can be considered as part of the soft lithography process (image from [1])

Soft lithography, however, extends the possibilities of conventional photolithography. Unlike photolithography, soft lithography can process a wide range of elastomeric materials, i.e. mechanically soft materials. This is why the term “soft” is used. For instance, soft lithography is well suited for polymers, gels, and organic monolayers. PDMS, however, has been the most widely used material for the applications of soft lithography because of its useful properties including low cost, biocompatibility, low toxicity, chemical inertness, versatile surface chemistry insulating, as well as mechanical flexibility and durability,the PDMS can also be easily manipulated and doing PDMS device can require only few equipments [2].

It should be noted that the terminology soft lithography does not refer to a unique fabrication technique. Soft lithography actually encompasses a collection of fabrication methods that are all based on using a patterned layer of PDMS similar to the one exposed in Figure 1f. In order to provide a brief overview, the next sections of this tutorial will introduce some of the core techniques related to soft lithography.

A first essential feature of soft lithography is the possibility to obtain a sealed microfluidic device. Typically, the microchannels imprinted in the PDMS layer are simply closed with a glass slide (see Figure 2). Alternatively, another piece of PDMS can be used. PDMS bonding is required to obtain a strong permanent bonding between the layer of PDMS and the glass slide. This bonding is usually made by plasma bonding. When the microchannels are properly sealed, fluids can be pumped at pressures as high as ~350 kPa without failure [1]. 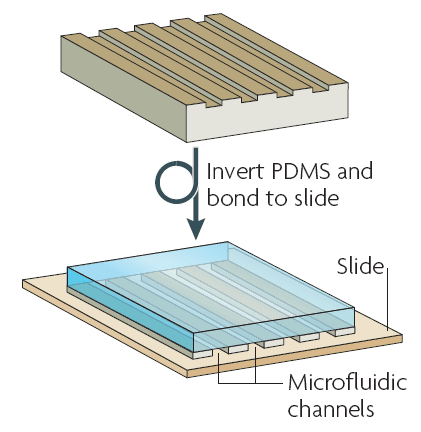 Figure 2: Fabrication of a microfluidic chip: a PDMS layer incorporating microchannels is sealed to a glass slide (image from [1]) 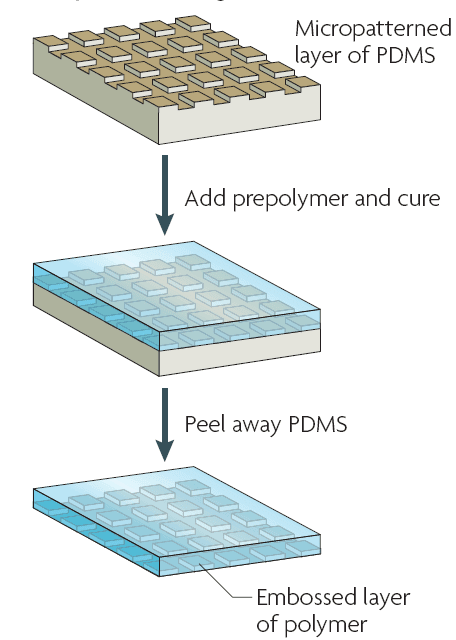 Capillary molding is a second technique where a patterned PDMS is used as a mold. The patterns of the PDMS layer must first be brought into contact with a substrate (e.g. a glass slide). Capillary molding is then intended to fill the patterns of the PDMS mold with a liquid polymer. As the name of the technique implies, capillarity is exploited to progressively fill the patterns. As an alternative, suction can be used. After having cured the polymer, the PDMS can be gently removed, leaving solid microstructures at the surface of the substrate. 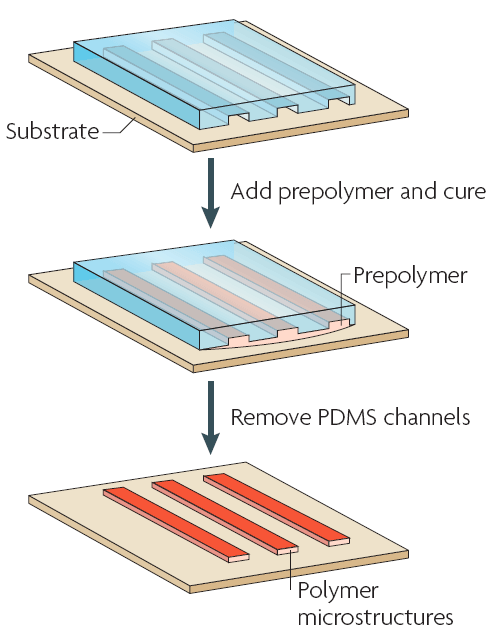 In microcontact printing, a PDMS layer is used as a stamp. The PDMS layer is first soaked in a molecular “ink” and then brought into contact with a substrate in order to transfer the ink onto the substrate surface. In microcontact printing, only the ink from the raised surface of the PDMS stamp is transferred to the substrate. Various inks, including small biomolecules, proteins or suspension of cells can be used. 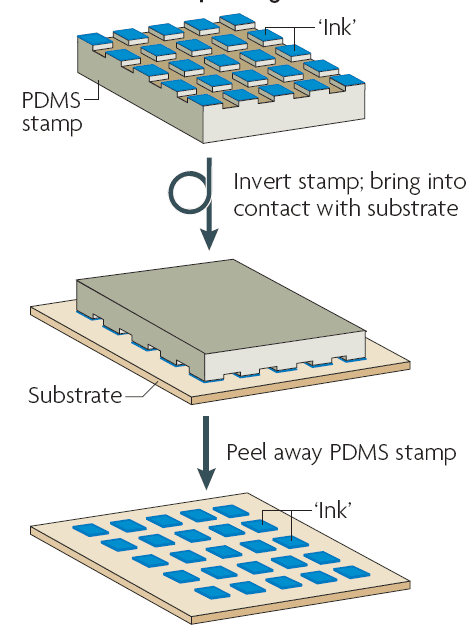 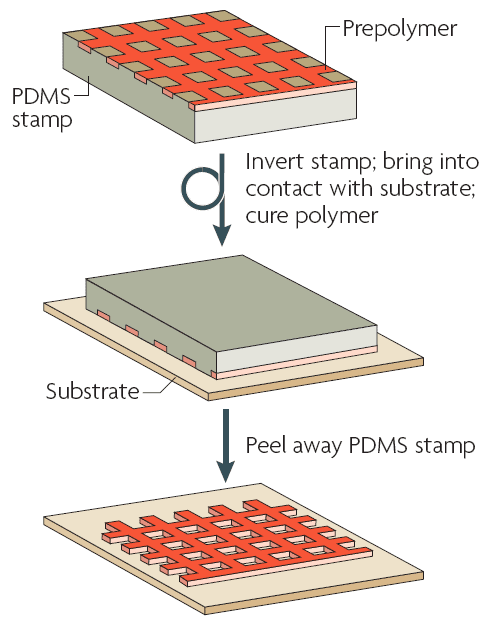 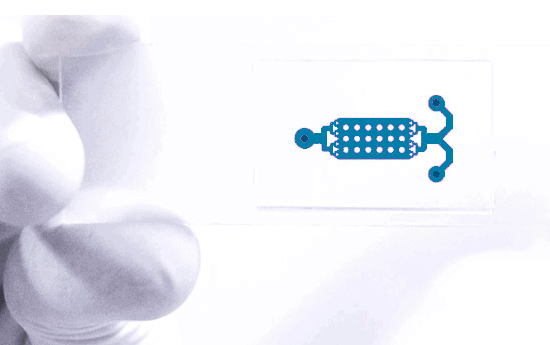 Do your own  SU8 Mold and PDMS chips

> We install everything & train your team in 1 week

> Get the highest resolution without clean room 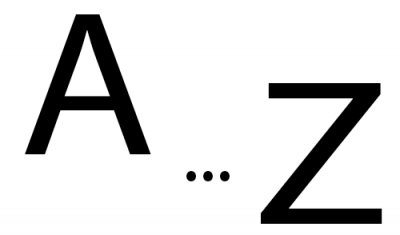 When you talk about microfluidic some words can be new, we gather here some common and relevant definitions ...
Read More 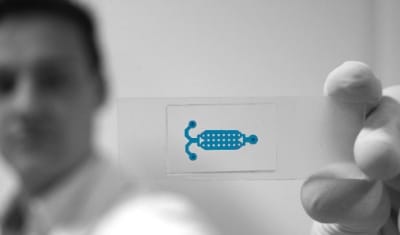 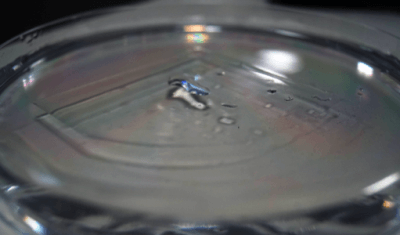 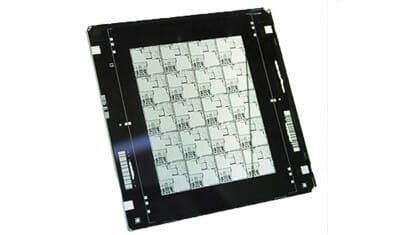 Introduction about photomask in microfluidics

A photolithography mask is an opaque plate or film with transparent areas that allow light to shine through a defined pattern ...
Read More 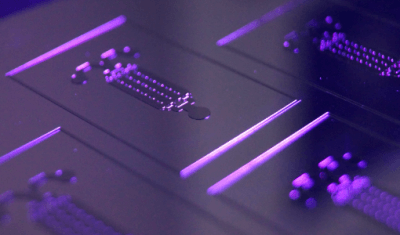 Here you can find a complete over view of a SU-8 mold fabrication process ...
Read More 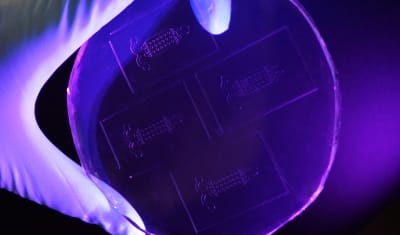 Here you can find a complete overview of a PDMS chip replication ...
Read More

Tutorials : How to choose your soft lithography instrument 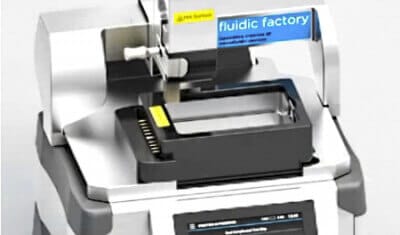 Every following technology are based on the same system of additive process, every object is build layer by layer after being sliced by an informatics systems ...
Read More 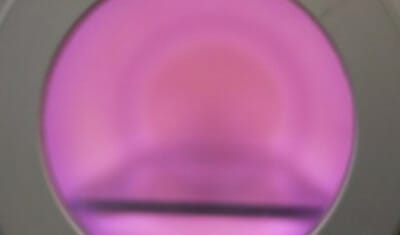 A plasma cleaner to bond your PDMS chip, you will find here the relevant points to think about ...
Read More 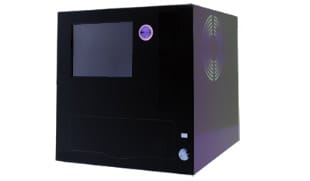 An UV Lamp to exposed your SU-8 photoresist, you will find here the relevant points to think about ...
Read More 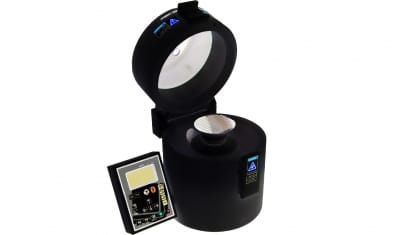 A spin coater to create thin layer of photoresist or PDMS, you will find here the relevant points to think about ...
Read More 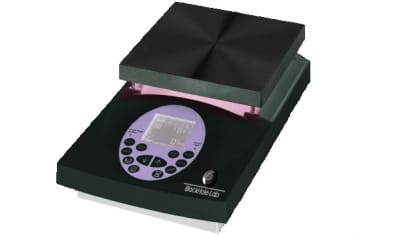 A hot plate to bake your SU-8 photoresist, you will find here the relevant points to think about ...
Read More 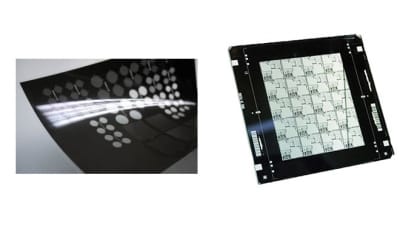 Basically you have the choice between glass or plastic photolithography mask, but how to do choice? you will find here some information to help you in the decision ...
Read More

Tutorials : How to get the best soft lithography  process 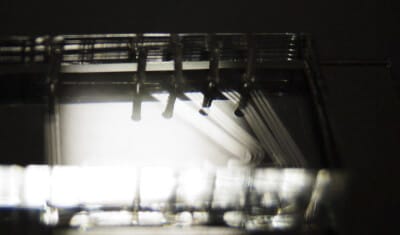 In soft lithography, the fabrication of a mold, often made in SU-8, is required for replicating PDMS microfluidic structures ...
Read More 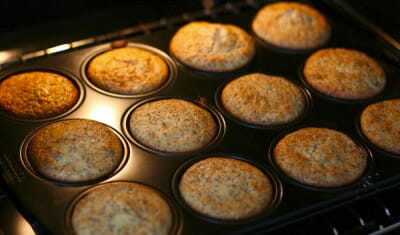 Replicating PDMS-based structures first requires the fabrication of a SU-8 master mold that will serve as a patterned template for PDMS casting ...
Read More

How do you do to have a successful spin coating? Here you will find the tips and tricks to do it ...
Read More

How do you do to have a successful photoresist baking? Here you will find the tips and tricks to do it ...
Read More

How do you do to have a successful SU-8 exposure? Here you will find the tips and tricks to do it ...
Read More

How to have a successful PDMS bonding with a plasma cleaner? Here you will find the tips and tricks to do it ...
Read More 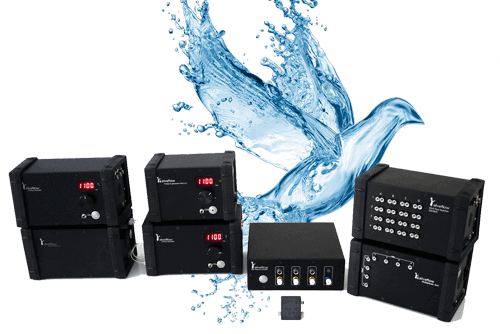 Influence of your microfluidic laboratory environmental parameters on your photomask

PDMS chips, soft lithography ... Do it yourself ! More information about the SoftLithoBox®   Environmental and mechanical conditions can affect the ...
Read More 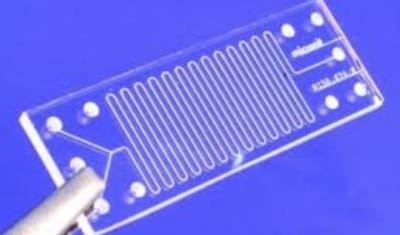 It exists different technics to fabricate microfluidic devices but the main ones are Etching, Thermoforming, Polymer ablation and Polymer casting ...
Read More

The photos in this article come from the Elveflow® data bank, Wikipedia or elsewhere if precised. Article written by Guilhem Velvé Casquillas and Timothée Houssin.