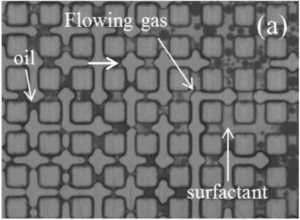 Figure 1 : Close up images of foam-oil displacement in a porous medium

Accidental spillage of petroleum-based products and contaminants can cause severe environmental hazards to the ecosystem if not remediated effectively. Foam, a dispersion of gas in thin liquid films (named lamellae), has been identified as a remedy for these defects due to its unique properties. Oil has been proved to be detrimental to the stability of foam which could influence the success of foam in oil displacement applications. Porous medium manufactured by 3D printing technique can be used to evaluate the influence of oil on the dynamics of foam displacement under different boundary conditions. However, the dynamics of oil-foam interaction especially in porous media is not fully understood and is a topic of ongoing research.

In this context, K. Osei-Bonsu et al. performed a series of experiments in a well-characterised microfluidic porous medium manufactured using 3D printing technique in order to look into the foam-oil interactions. The effects of the type of oil, foam quality and foam flow rate were investigated. 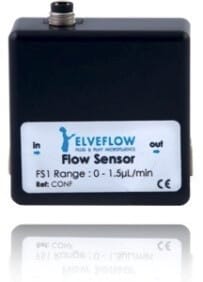 The 3D porous medium was fabricated by a 3D printer, according to an array of cubes of equal sizes. The model had pore size of 0.8 mm and pore throat size of 0.4 mm. The top of the printed model was sealed with a glass plate and held firmly in a Plexiglas frame with clamps. Two holes were perforated at the opposite sides of the top glass to create an inlet and outlet to allow injection of fluid and foam into and out of the device.

The medium was first oil wet and had a porosity and permeability of 57.5% and 5.2 D respectively. The porosity was calculated by measuring the amount of water required to saturate the model fully (i.e. the total pore volume). The permeability of the model was obtained in the following way: The model was flooded with water until 100% water saturation was established. Different water injection rates were then applied and their corresponding pressure drops were recorded using an Elveflow’s MFS pressure sensor. The Elveflow’s MFS pressure sensor was also used being connected to the inlet of the medium to record the evolution of pressure drop during the course of the experiments.

Three sets of experiments were conducted in this study. First, the influence of two oils (Isopar G and V) on the dynamics of foam displacement. Second, the effect of foam quality (gas fraction) on oil displacement was studied. The foam quality was adjusted by changing the flow rate of the surfactant solution while maintaining the gas flow rate constant (5ml/h unless specified). Finally, the performance of foam as influenced by the flow rate was evaluated. The foam flow rate was modified by changing the gas and liquid flow rates accordingly while maintaining the same ratio or foam quality.

A computer-controlled monochromic camera (Genie TS camera, Stemmer Imaging) was fixed above the model to acquire images of the displacement process at regular time intervals. A lightbox was placed under the model to illuminate and improve the quality of the captured images. 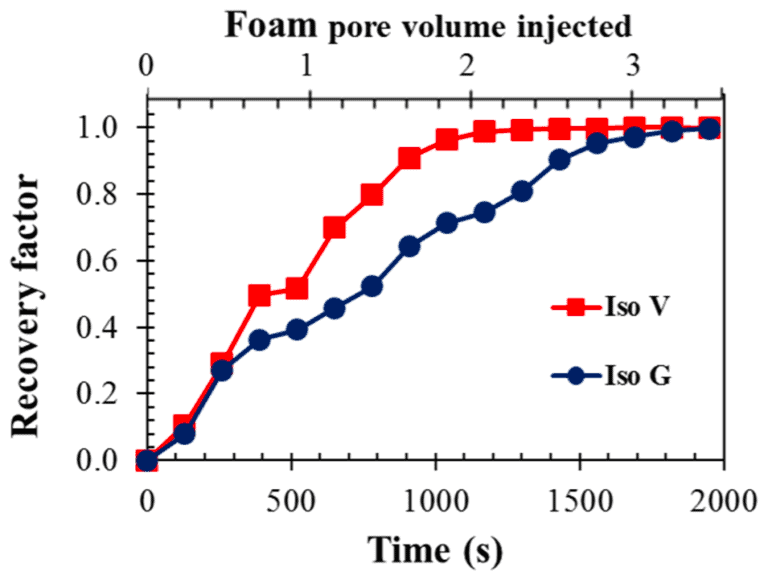 Figure 2 : Recovery efficiency during oil displacement by foam in the presence of Isopar G, and Isopar V. The recovery factor is expressed by the fraction of the total pore volume of oil recovered at a given time.

This first result shows that light oils (Isopar G) are more detrimental to the stability of foam. For the first 200 seconds of the experiment, the rate of oil recovery is similar for both Isopar V and G. This is because oil displacement at the initial stage is mainly controlled by the gas released from the foam network due to collapse of bubbles in the presence of oil. However, the rate of oil recovery changed significantly after this period such that recovery rate was higher in the presence of Isopar V (more viscous oil) than in the case of Isopar G (less viscous oil). This is attributed to the higher foam destruction rate in the presence of Isopar G compared to Isopar V.

Figure 3 : (a) Oil recovery as a function of foam pore volume injected. (b) and (c) shows the patterns of oil distribution at the corresponding points indicated on the curve for 85% foam and 95% foam quality respectively after 1.5 PV of foam had been injected. Red, black and blue indicate oil, grains, and foam/gas respectively.

This result shows the effects of foam quality on oil recovery. Fig. 7b and 7c shows qualitatively that the displacement of oil by lower quality foam (85%) is more effective compared to the higher quality foam (95%). This is because the bubble collapse and coalescence rate increases as the foam quality increases causing more gas to escape the foam network consequently delaying the propagation of stable foams. 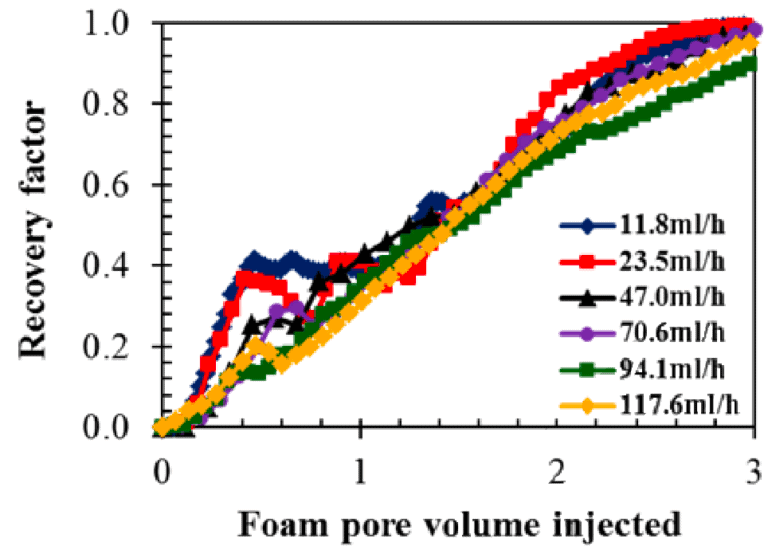 Figure 4 : Oil recovery as a function of foam pore volume injected under different foam flow rates indicated on the legend.

This third result shows the effects of foam flow rate on oil recovery efficiency. Within the range of flow rates tested, no notable difference was observed in the efficiency of oil recovery by foam

As for future research, it will be interesting to investigate foam-oil interaction under different boundary conditions in more heterogeneous and realistic porous media where the additional effects introduced by the complexity of the pore geometry and topology are present.

[1] K. Osei-Bonsu et al. “Investigation of foam flow in a 3D printed porous medium in the presence of oil”. Journal of Colloid and Interface Science. (2016).