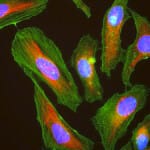 The endpoint of cell cycle is the division of one cell to generate two daughter cells with the same DNA content. Extra-cellular signaling and a series of specialized intra-cellular proteins, which intervenes at different phases of the cell cycle, control the cell cycle. Cell cycle and mitosis in particular, are temperature-dependent.

ElveflowTemp, our temperature controller, allows you to combine high-resolution microscope imaging with ultra-fast and precise temperature switch, take a tour! 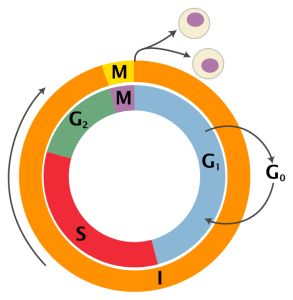 The cell cycle is composed of 4 phases: G1, S, G2 and M phase. To progress from one phase to the next, the cell passes through internal checkpoints which ensure that the DNA material and the mitotic machinery are ready to proceed with cell division.

The G1 (Gap 1) phase is a cell growth phase during which it accumulates all proteins necessary for DNA replication. The length of the G1-phase is highly variable. It is dependent on the cell type and on the level of extra-cellular mitogenic signals. At the end of the G1-phase the cell passes through a first restriction checkpoint before entering the S-phase. In cycling cells, DNA is replicated during the S (Synthesis) phase, and by the end of the S-phase, the cell has doubled its DNA content. After DNA replication, the cell enters the G2-phase during which it prepares the cell for mitosis. A second checkpoint is present which ensure DNA integrity before mitosis. The Mitosis phase is composed of 4 steps: prophase, metaphase, anaphase and telophase. In the issue of mitosis, chromosomes are separated and distributed into two daughter cells. Each step of the cell cycle and all checkpoints are regulated by several redundant mechanisms to prevent cell cycle deregulation. 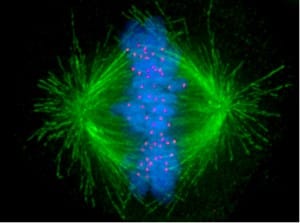 Cyclin and Cyclin dependent kinases control the progression of cell cycle. Cyclin-CDK complexes are active during all the cell cycle phases. Cyclin D is expressed during G1-phase, its expression level is dependent on the level of extra-cellular mitogenic level. Cyclin D associates with both CDK4 and CDK6. When cyclinD-CDK4/6 are bound, CDKs phosphorylate the retinoblastoma (Rb) protein. When Rb is phosphorylated it no longer binds E2F, which in turn becomes transcriptionnally active. Among E2F target genes are cyclin E or DNA polymerase. Cyclin E interacts with CDK2 to promote the G1 to the S-phase transition. During the S-phase, Cyclin A-Cdk2 is active, followed by CyclinB-Cdk1 in G2/M-phase, during which it promotes nuclear envelope breakdown and initiates mitosis.

Cyclin-CDK action is regulated itself by Cyclin-Dependent-Kinase Inhibitor. There are two type of CDKI : Cip/Kip family composed of p21, p27, p57. They bind and inhibit CDK4 and CDK6 and the INK family composed of p16, p18 and p19 which bind exclusively to CDK4. 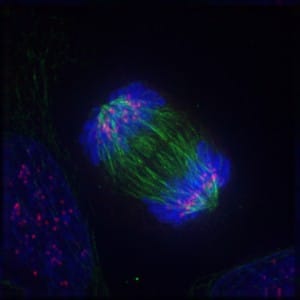 Pionneer work by Engelberg in 1965, showed the first evidence of how temperature regulates HeLa cells cell cycle. They showed that temperature control the rate and speed at which a cell divide. They further show that of all phases of the cell cycle, mitosis was very sensitive to temperature, and that cell cuture subjected to temperature between 24-31°C exhibited an accumulation of cells in mitosis. More recently, it has been shown that cells which do not pass the spindle assembly checkpoint exit mitosis soon after nuclear envelope breakdown. In this context, the speed at which cells exit mitosis is temperature dependent (Rieder and Maiato, 2002). M-phase length is dependent on temperature and is longer at low temperature, likely due to a decrease in enzymatic activity. However, at high (42-44°C) temperatures, spindle assembly is also impaired and cells do not meet the requirements to proceed through spindle assembly checkpoint.

The use of temperature-sensitive mutants is common in yeast, bacteria or C.elegans studies, it is less the case in mammals. Still, Sugaya et al found that CHO-K1 thermosenstive TM3 mutant which exhibit a S/G2 phase block and chromosomes instability had a mutation in Uba1, a ubiquitin-activating enzyme. They further analysed the activity of Uba1 with Fucci fluorescence and show that Uba1 was necessary to degrade geminin and progress from S to G2 phase.

Our temperature controller allows you to track on the microscope how temperature differentially affects cell cycle processes. Whether you are working with temperature-sensitive mutant, or studying spindle elongation during mitosis, with ElveflowTemp you can Switch from 5 to 45°C in less than 10 seconds. The system is as dynamic as the cellular processes you are tracking ! 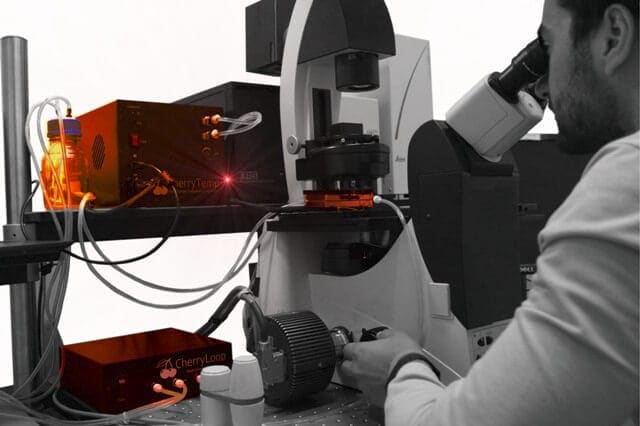 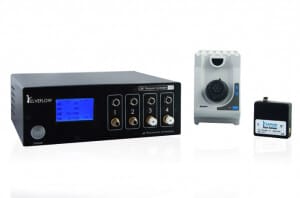 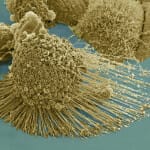 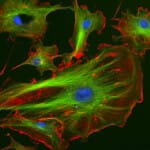 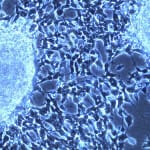 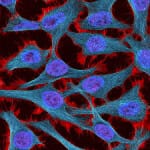